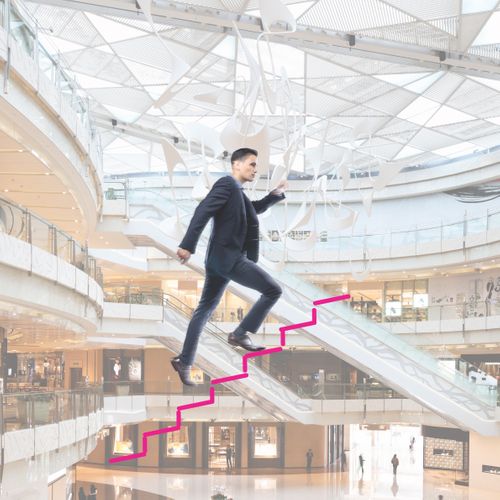 We built a brand and mobile application that revolutionized the payments industry in a frontier economy. In the first year they processed $200m+, gained 250,000+ users, and ranked #7 on the App Store.

Cambodia. In an economy where 70% of the payments are in cash vs debit/credit cards, logistics remain a hurdle, and only 48% of consumers have access to smartphones, many would think building an m-commerce app like Pi Pay would be crazy.

Backed by one of the largest conglomerates in Cambodia, Pi Pay would become one of the breakthrough apps to elevate Cambodia up the digital chain. Their intentions are simple, yet ambitious:

To replace cash transactions with digital transactions, by offering a mobile application that can act as a secure digital wallet.

When Pi Pay approached Mäd, they already had the name and the tagline “Infinite Possibilities,” but no clear go-to market strategy, brand, or even an actual product!

Our task was to create a brand and product that would be instantly recognizable, loveable, and bring a fresh approach to finance with unique value propositions. We had to find something that hasn’t been done before and distance Pi Pay from the mega-competitors in the market.

This was a highly complex engagement that had half a dozen teams spread across multiple countries including Germany, Greece, Turkey, India, and, of course, Cambodia where the product itself would be launched.

The Pi Pay organization itself was an extremely fast-growing startup, that scaled from 4 employees to over 200 during the project timeframe. The go-to-market had a significant number of dependencies, and a quiet market entry was not on the table.

Mäd had to build and design the Pi Pay app with an initial user base that would very likely end up in the 100,000+ range. Obviously, this presented its own set of challenges.

The initial UI (User Interface) had to be done at breakneck speed so that all parties had a shared UI library to start working on their individual modules (such as the Point of Sale system.) We had four weeks to complete the initial UI phase of the project. Pi Pay’s interface design needed to find a compromise which pleased all parties, in addition to keeping in mind that the end user experience is paramount.

The key challenge in building Pi Pay was deciding between building a traditional payment/banking application or do something that would really stand out in the market. As we shall see, making the correct decision ended up paying off in a really big way.

There was one question that really helped the entire team make this decision:

"When is the last time you checked your banking application prior to going out to eat, shop, or have some drinks?"

There were two main choices available for the mobile application. A corporate route of a functional application that places payments features first, or we could make Pi Pay a place of discovery, communication, friendship, and...fun!

Guess which route we ended up taking?

After a the market research phase, it was clear that we had to do something really special, especially when it came to deciding the color, as several key players and other brands had completely dominated certain colors in the Cambodian market.

So, we started looking at alternative color palettes to create something that would really stand out. Something Pi Pay would be able to completely conquer, instead of having its brand lost in a sea of green, blue and red.

In our client questionnaire we created a rating card for various aspects of the brand, and ended up with the following initial color options, and eventually settled on the now-iconic Pi Pay Pink.

With the final results:

We also developed a full visual identity that would be used both online and offline.

Pi Pay has become an icon brand in Cambodia, with a large portion of the millennial user base using it as an integral part of their daily lives. The launch of Pi Pay also served as the tipping point for eCommerce and mCommerce in the Kingdom, finally showcasing to other financial institutions that it was worth investing heavily in digital solutions as they would be accepted by the public at large.