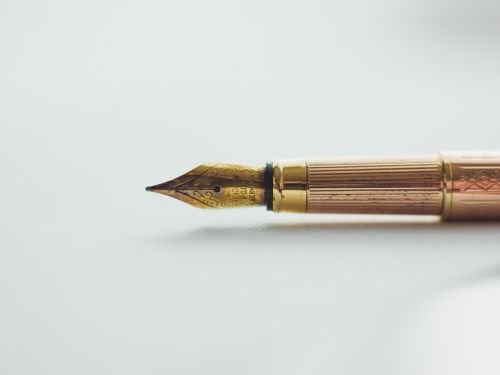 Upgrade your marketing efforts by adding this proven tactic to your campaigns. Another psychological growth hacking concept.

Task management is key to any productive organisation, in fact, it's so central that we went ahead and built our own software to keep us fully efficient. However, there's an interesting psychological discussion around what happens when a task is left unfinished, and the impact it has upon us.

What is the Zeigarnik Effect?

The 'Zeigarnik effect' was discovered when a group of students went to a beer garden and witnessed a waiter able to take complex orders from large groups of people, without writing the orders down. By being able to remember not just what was ordered, but who ordered what, the waiter impressed the students and led them to challenge him. The students covered all items on their table, and asked the waiter to recall the order, but they found he simply could not.

So what was going on?

One of the students, named Bluma Zeigarnik, founded the theory. The waiter was able to accurately recall information as his task was unfinished, as soon as the task was complete he discarded all the information and therefore couldn't recite the order accurately.

In psychology the Zeigarnik effect occurs when an activity that has been interrupted may be more readily recalled. It postulates that people remember unfinished or interrupted tasks better than completed tasks.

Concepts without clear applications are nothing but academic and theoretical musings - luckily, there are proven tactics available for utilizing the Zeigarnik effect throughout marketing campaigns.

Simply put, you can use certain information to create suspense, keep attention, and ensure readers are engaged with intrigue.

Imagine using the story of Zeigarnik's discovery as an example, instead of telling a condensed version of it start to finish we could use 'loop opening' techniques that encourage more readers (and more people that will read the entirety of your content).

Loop opening can often be accused of being 'click-baiting', so highly skilled copywriters will find a balance between intrigue and manipulating attention. Some key examples of loop opening could be:

"We explored what it was that made Mäd's advertising so effective, and the results pointed to something you wouldn't believe..."

Here we would offer a claim that we have exciting information to share, we've opened the subject, and until we provide the results the reader's intrigue would be high. Therefore, we could throw in some further information about our advertising services before giving the result, to soft-sell our expertise.

"Our client had made a mistake that has probably happened to you a thousand times without you realising."

By personalising the claim, the reader wants to know what mistake they are making so that they can avoid doing it in the future. As the story now potentially involves them, they're more likely to focus their attention on the text and avidly await the conclusion.

"This insight has used a key marketing tactic that has triggered a desirable behaviour in most readers, before you guess what it may be, consider the following:"

Introducing a hidden feature to cause intrigue, then softly suggesting you'll tell the reader what's going on after another piece of information creates a reward loop. I.e. 'We're offering up a tactic, read the following information first, then we'll tell you what the tactic is.

"The Zeigarnick effect is addictive, memorable, and attention-grabbing, but more importantly, how can you use it to create more effective Marketing campaigns?"

Quite simply, you produce the question you want the reader to ask. Putting this question in their head instantly has them looking for the answer, and therefore more likely to keep their attention on your content to seek closure.

Loop openers are designed to make readers crave closure. They don't need to be obviously written questions, as long as the questions are created in the mind of users - with 'cliff-hanger' moments built from intrigue/curiosity.

As always, pitfalls can exist in the best intentioned plans. Whilst the Zeigarnik Effect can be an extremely effective way to connect with your audience, there are two ways in particular that the effect can fail.

Too much mystery, long cliffhangers, and constantly leading people on will ultimately irritate audiences. If your content uses this technique too often then there will be a general distrust created, eventually discouraging readers from continuing with your narrative,

Cliff-hangers only work if the pay off creates enough satisfaction for meaningful closure. By creating 'unfinished' emotions in your audience, you owe it them to close the loop. Quite simply, don't promise the world if you can't deliver it.

Many copywriters employ this tactic, so do some market research to ensure your copy isn't overly similar to competitors. If too many similar businesses are pushing these same open loop messages, it may create a 'guilty by association' feeling, whereby overused and overpromised expectations are built by samey openers.

For example, how many Facebook Ads have you seen that start with a sensationalist entrepreneurial backstory about going from almost broke to a multimillionaire due to 'THIS ONE TACTIC!' or 'Marketers want to BAN this BRILLIANT info from public knowledge!'

Don't get lumped in with poorer quality campaigns. Differentiation can be highly effective.

Adverts can be met with general distrust, especially when targeted or pushing 'spammy' messages. However, if you use the effect intelligently, you can stop viewers in their tracks and cause genuine intrigue. Draw attention to your brands greatest strengths by opening loops around them, and massively elevate the importance of what you offer in the minds of the target audience.

Mixed media can be deployed to strengthen campaigns, and create this audience longing for satisfying pay-offs and conclusions. Audio, video, and written content can all work independently and also effectively as pairings.  Longer content allows you to drag users deeper into discussion and hold their attention for enough time to cover multiple key points about your brand whilst they wait for the conclusion to open-loops.

Video and audio content can be especially effective, as users can't simply 'search' or skip forward to the answers as easily. Next time you hear someone start a story with something like "I realised it was doing it all wrong, and you probably are too, but using one brilliant tip, I optimized everything 4000%", be aware you're likely entering into a long wait before the loop is closed and the tip is revealed.

When you use the Zeigarnik Effect to attract traffic towards your digital assets, you can start building up data sets using tools such as a Google Pixel. Creating lookalike audiences based on successful campaigns will strengthen your sales flow at speed, quickly discovering the relevant type of people most likely to respond to your new content.

It's worth noting that retargeted ads are widely known as roughly 70% more likely to convert than to newly reached viewers.

Information can be drip fed across emails, rather than open and closing loops in single pieces of content. If you have a multiple important points, you could tease out one per email to keep readers engaged and actively awaiting your next pieces of content.

For example, if you are recommending your ten books that helped form your brand's most effective strategies, you could space this information over a series of 5 or 10 e-mails. This will give you more focus to highlight each book in further depth, building trust as each revealed 'information prize' offers genuine value.

This helps newsletter open rates soar, and can also be an effective way to get people talking as the unfinished content stays in their mind.

If you host podcasts, conferences, or regular meetings, you can keep people focused on your content by overpromising with your agenda (balanced by ensuring your audience know they will get access to anything listed... eventually).

If you only have an hour, don't shy away from listing ten topics you want you want to discuss, even if you think you'll only have time to cover eight of them meaningfully. By being honest at the start and saying you'll try to cover everything, you can then back it up by letting people know you'll kick off the next section with the missing content (or send a supporting follow up e-mail, giving you change to collect subscribers).

This causes the 'interrupted effect'. People will feel their knowledge, or your story, is unfinished and will be eagerly awaiting the end of the story. The gap between your first presentation and the concluding second presentation will cause more meaningful retention of the ideas you discussed - much like the waiter memorising order details until the order was finally completed.

Often short and snappy messaging is more effective for social media posts, but this doesn't disclude the opportunity of using the Zeigarnik Effect.

Social media allows you to tell stories, in real time, which creates open loops about the journey your brand is on. For example, showing a behind-the-scenes photograph from a photo or videoshoot, will tease out that you will have new content coming soon.

Asking the audience questions relating to upcoming projects will open loops and create meaningful discussion that will stay in your audiences mind until the answer is resolved. E.g. If Nike were to tell their social media audience that they're planning to sign a partnership with a sporting superstar, and wanted nominations, it'd create curiosity and buzz around the possibilities. People would check back regularly to see if the decision has been made, to get the topic answered.

Psychological concepts are highly useful in behaviour change marketing or 'growth hacking' strategies. They're also great to know as a consumer, so you can make more informed decisions about the type of content you're being presented with.

We always advise a transparent balance, as such concepts should not be used to deliberately deceive and manipulate, but rather to cause more excitement and better experiences for your audience.

It truly is the digital age of transparency, where a growing distrust for big data companies has made it more important than ever for brands to be ethical, honest, and relatable. 'Cancel culture' has huge momentum, and not all PR is good PR, the speed at which poorly thought decision making can damage brands means that your team need to tread intelligently and honestly across the digital landscape.