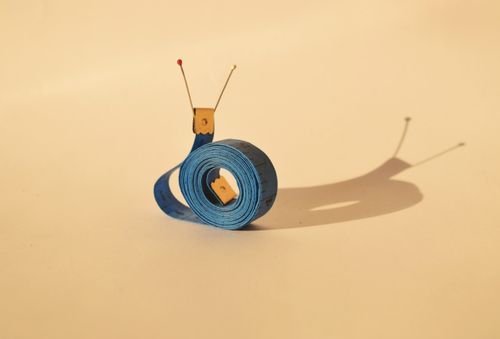 Why Designers Should Learn To Code.

Weighing in on the contemporary dual-skilled discussion, we outline why we're in favour of designers that code.

The debate of whether designers should learn to code is by no means new, and all sides of the discussion have raised interesting points—at Mäd, we don't sit on the fence, and from our point of view, we place our flag firmly on the side of multi-disciplined learning.

Throughout this insight, we'll cover our rationale for arriving at such an opinion, with the hope to inspire and empower designers for better opportunity, collaboration, and self-progression.

Don't Stay In Your Lane.

Just when somebody builds enough courage to step out of their comfort zone, somebody else yells, "stay in your lane". The unforgiving phrase is vocalized all the time on the internet when anybody dares to challenge the status quo.

There is a good motive for the upholding of this narrow-minded view. Ironically, the idea of "staying in your lane" enforces depth, as opposed to shallowness. It emphasizes the importance of specialization overgeneralization. In other words, it advocates for specialists over generalists.

The pitting of specialists against generalists is an age-old debate—with each camp having its pros and cons. However, suppose we recognize the interconnectedness of the world. It's impossible to ignore the flaws attached with the idea of 'specializations', i.e. the view that it's possible to categorize different fields into neat boxes independent from one another and expect the results to be spectacular; a scenario that is far from how the real world operates. The real world is very interconnected, and although it may not outrightly invite us to go rouge, there is undoubtedly room for us to venture out of our lane.

A Holistic Approach To Specialization.

Disclaimer: we are not against specialization; in fact, we very much value the enlightenment that often comes with the territory, i.e. the ability to Win Without Pitching. Rather, we advocate for a holistic approach to specialization—essentially our attempt to achieve the best of both worlds.

A holistic approach to specialization means recognizing that the whole is not the sum of its part. The whole is greater than the sum of its part, i.e. it's a complex interconnected and interdependent system of life processes. It's applicable to many areas in life, from medicine to business and, in our case—computer science.

The world of design and development are set up as separate fields, with each camp possessing an arsenal of different skill sets respective to their field. Although separate, they are closely related. A designer and a developer often have to work together in teams to bring a product to life.

Enhance Empathy. Improve Designs. Streamline Project Management. One of the biggest clashes between a designer and a developer is the lack of understanding between one and the other, especially in regards to feasibility. For example, in a designer's mind, their end goal is to achieve an impressive design. However, this end goal doesn't consider the various limitations and constraints that may emerge during the development phase.

Design has always been about the end-users and for the end-users. However, the lack of understanding of the development phase may translate into a lack of consideration in aspects such as the loading time, code complexity and code maintenance which ultimately impact the end-users.

Overall, having the ability to empathize improves design and development, resolve and streamline the team alignment process and strengthen team relationships.

The Tools That Blur The Lines.

Webflow is one of those tools. It allows designers to be able to develop websites visually, i.e. see the process from start to finish. This means the ability to gauge whether a design concept is realistic for development. Thus, setting expectations straight and leading to improved designs.

N8N is a workflow automation tool a bit like Zapier and IFTTT. But, as a fully open-source and self hostable tool, N8N provides a scalable way to host automation functions on your computer or server. It is based around blank slate workflows where you can drag and drop nodes and connections. Workflows are also what separates each automation from one another. Think of them as documents in Google Docs.

As it's open-source, it's free to set up but does require some basic command-line knowledge.

Bubble lets you build and launch your digital startup without needing to code or hire engineers. Bubble's no-code platform lets you design, develop, and deploy a web application all in one place, using our drag-and-drop visual editor and cloud-hosting service.

Designed for businesses of all sizes, Bubble is a cloud-based platform that helps build and design applications with drag & drop editor, custom domain name, data storage, workflow automation and more.

Yet, as we examine these tools further, a new consideration arises.

A differing argument has been suggested: Should we scrap the question of whether designers should learn to code? Instead, should tools as aforementioned replace the need to code?

While the advantages of learning coding are clear, perhaps the development of 'no code' software and solutions will better enhance designers' work. By simplifying the coding aspects, designers can focus on their core skill and bypass needing additional industry knowledge or even support from various coders to implement their designs.

Various transformations in past years showcase this trend, such as Principle becoming one of the most popular UI prototyping tools, requiring almost no coding knowledge.

Further to this, internal workflows can now allow designers to sketch onto UI paper and have automated code instantaneously generated. Airbnb uses such a process for increased efficiency outputs.

The continued flow of new tools that automatically translate UI patterns into React components means developers can build directly upon designs, removing any need for replication. This is a great time-saver, with Framer X and Modulz as but two examples.

The age-old debate that pits specialists against generalists is to no avail. In fact, it's futile.

Perhaps we have been asking all the wrong questions that prevent us from being able to effectively analyze, discern and move forward.

Instead of asking 'specialists vs generalists, our effort may be better directed to pursuing a holistic approach to specialization. Our message to designers is, should you want to, know that there are merits in venturing out of your lane to widening your skillsets.