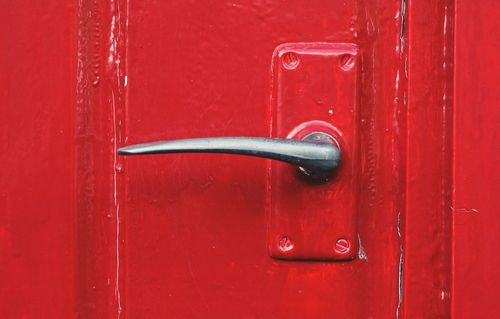 A guide to an important term for individuals and businesses to understand, the Splinternet concept will have huge implications on the ever-developing digital landscape.

The “splinternet” is a term coined by the Economist to describe an emerging reality where cyberspace is controlled and regulated by different countries.

The splinternet, which was previously just a concept, has now become a dangerous reality. With the future of the "World Wide Web" at stake, governments and advocates in support of a free and open internet have an obligation to stem the tide of authoritarian regimes isolating the web to control information and their populations.

The current splinternet is an extension of the "splintering" trend that has occurred within international relations and it comes at a time when cyberspace remains relatively unregulated.

There are three reasons for this shift: Firstly, states have felt increasing pressure to control information in response to events such as the Arab Spring; Secondly, cyberattacks including those by Russia on Ukraine or Iran's nuclear program affected their ability to access information via the internet;And thirdly, there is no global governance body with jurisdiction over all countries who share responsibility for ensuring peace through diplomacy and trade agreements.

However, the future is not bleak. Human Right organisations have been championing digital rights as part of core fundamental freedoms that are necessary in order to ensure the meaningful exercise of human rights.

The 'splinternet' has momentum, but there's still time to stop it from becoming a bleak reality by supporting global efforts for internet freedom. Optimism against the splinternet from being an issue can be found via the formation of the International Telecommunications Union (ITU), a United Nations agency for information and communication technologies, which would be put in charge of internet governance; or to promote multistakeholderism*.

*Multistakeholder governance is a practice of governance that employs bringing multiple stakeholders together to participate in dialogue, decision making, and implementation of responses to jointly perceived problems

But, despite efforts to unite to protect citizens rights, many fear it is not enough and more worrying problems may already exist in how users behave online. There is a worrying trend for polarization and 'anti-social media' being fuelled by propaganda and big data companies with a clear agenda. The Cambridge Analytica scandal showed how easily the population can be manipulated online—so perhaps some stricter online regulations could be a good thing, right?

The problem is figuring out a balance of policing fake news, hate speech, and harmful content—whilst still giving users freedom of choice, and safety to use the internet without being tightly monitored. In some countries, citizens can be jailed for sharing news, even if it is factually correct.

To promote unrestricted, yet responsible, internet usage, countries are agreeing to the “code of conduct” set out by the “Global Network Initiative,” which is a group that aims to "promote and protect freedom of expression."

This code will not only regulate what information can be shared online but also how it should be monitored. This would entail guidelines on how to:

It would require all signatories—which include tech companies like Facebook, Google, and Twitter, along with internet service providers (ISPs)—to commit to upholding these principles. And if they don't? They could face consumer boycotts in their home country and potentially face legal challenges.

Some countries already have heavy internet restrictions put in place, such as China, Iran, and Russia.

Internet restrictions in China are especially harsh: people need to register for a social media account before accessing the web (in order to be monitored) and any posts that mention sensitive information may lead to prosecution or imprisonment. This means that content is heavily censored on Facebook, Twitter, YouTube—any site with user-generated content.

Journalists are routinely detained or jailed if they post articles critical of Beijing, while VPNs (virtual private networks) used by internet users to circumvent China’s firewall have been banned outright since 2017.  They have “cyber cops” monitoring everything posted online for anything deemed inappropriate or subversive against government authority.

Iran’s government employs an extensive online surveillance program known as “Halal Net” which monitors its citizens’ activities by scanning websites and apps such as Telegram along with other popular internet sites like Gmail and Yahoo Mail looking for keywords related to topics considered morally unacceptable by the Iranian regime - like sex outside of marriage or talking about overthrowing the current country leaders.

Meanwhile, in Russia, a new law was passed in December requiring bloggers with more than 3000 followers to register their real names. Other internet restriction issues include the shutting down of websites and networks, like Telegram or LinkedIn.

The “splinternet” is an emerging reality that has not only come to define how we use the internet today, but also why it matters so much. With more governments vying for control over cyberspace and populations under their jurisdiction as a means of controlling information flow online, advocates in favor of free access to information have never been more important.

In Vietnam internet restrictions include censorship of websites, blocking content and the shutting down of networks. The restrictions prevent people from going to websites that criticize Vietnam's government. They also stop people from seeing websites for expatriate political parties, or human rights groups.

Pakistan’s National Telecommunications Authority bans a number of social media sites including YouTube, Facebook and Twitter with only one VPN provider being able to bypass those restrictions.

The Benefit of Restrictions

However, restrictions shouldn't always cause concern or anger. Often countries will be attempting to protect citizens, rather than their own political interests. Examples of beneficial internet restrictions include protecting children from harmful content, preventing cyber-crimes, and securing the country's virtual infrastructure.

The battle against fake news can be helped by internet restrictions, as it is often the spread of false information that has led to political upheaval in recent years.

Specific interventions can also be beneficial for certain purposes. For instance, Russia had a state-sponsored site called "Russia Beyond The Headlines" which helped improve links between English-language sites and Russian content; this was seen as a positive intervention by many Russians who wanted their country portrayed accurately abroad.

Twitter began building algorithms to automatically detect content that may be misleading or fake news, and hiding it from users unless they accept the 'potential misleading information' notice. This form of a more...subtle...censorship helps users be aware of which information they might need to question or fact-check—as it's too easy to simply accept what we read online if it supports our internal biases.

As the splinternet phenomena spreads, many new organisations are being formed in anticipation. Even the most 'liberal' of countries have reportedly been considering imposing various state-controlled firewalls to protect users. The UK, for example, has been exploring the idea of implementing tighter restrictions on encryption.

Right now, more than ever before, we need to be mindful and constantly aware that there are those who would like nothing better than for us to stop expressing ourselves online or using our digital devices freely in any way.  The right to privacy is countered with usual concerns over terrorism, hate speech, abusive, or illegal activities. Whilst safety is paramount, society surely can't operate on the most extreme ends of paranoia—stopping normal citizens from exercising their rights due to the worry from the very few.

One such organisation aiming to combat the splinternet trends is Reporters Without Borders. They are a non-government organisation that advocate for freedom of expression and information by ranking countries on their press freedoms. Although they were formed as early as 1985, in recent years they've turned much of their attention to the range of factors threatening digital freedom, such as:

In 2018, they launched the Information and Democracy Commission to introduce "new guarantees for freedom of opinion and expression in the global space of information and communication".

How will all this affect Businesses?

The splinternet is not just an abstract musing for human rights professionals, businesses will need to be aware of how they could be affected by this new form of internet censorship.

The more information that becomes inaccessible to their intended audience across borders due to censorship or geo-restrictions, the greater economic loss they will face as many of these countries have large populations geographically concentrated in certain regions making them ideal markets with high purchasing power.

Countries restricting access to social media websites like Facebook and Twitter or Google services including Gmail, YouTube, Google Maps will limit international trade. This is by restricting communication between businesses outside the country’s borders, which often depend on these online platforms for marketing purposes. Businesses are also losing out because consumers cannot easily find products from foreign merchants who sell goods internationally.

There is also a worry that brands could be silenced and tarnished for certain principles they hold and express. If the freedom of speech, and the freedom to express constructively critical opinions is compromised, then businesses may shy away from strong positioning opportunities. After all, you don't want your social media manager to go to jail for making a joke about topical news, or one of your employees to be condemned for 'liking' or 'sharing' a post from a political party the current administrations deems a threat (or simply unfavourable).

There is undoubtedly murky territory ahead, no matter where you are, the splinternet concerns the world wide web, not just localities. Digital activists and authorities need to cooperate to determine beneficial security features, and the foundations of protecting individual and business virtual rights and safety.

The "Splintered" internet spaces will need to find opportunities to reposition from isolating users, to separating them from truly damaging content. Splintering away from the dark side of the web isn't a bad thing, as long as we can continue embracing the wondrous possibilities and advantages that the internet has given the world and all societies alike. Now is not a time for polarization, but a time for community, growth, and collaboration—for good.

In a world increasingly defined by digital technology, the protection of private data is not merely a luxury; it is ‘a fundamental right.
- Helen Dixon

A techno-utopian belief that the Internet can fix itself is naive. Is your business flexible enough to react to potential platform restrictions? For eCommerce businesses, this discussion is the tip of the iceberg.