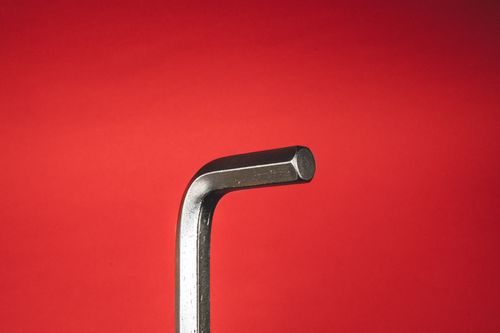 Buying an unassembled item may seem to be a purely cost-saving strategy, but the added benefits from self-builds can be powerful.

From the steam locomotive to mass production and the rise of digitalization, industrial revolutions have been vital in improving our quality of life. Since the 1950s, there has been significant growth in the global human population, leading to high demand for our everyday needs.

For years, IKEA has earned a place in the consumer's mind when it comes to household goods. The IKEA approach is to bring modern lifestyles to people at up to 50% lower than their competitors. They can achieve this massive reduction by requiring customers to assemble their flat-packed purchases, by following clearly defined instructions.

It's a win-win strategy, because by removing the assembly process IKEA is able to cut down the cost of their production, resulting in the ability to lower the cost of their goods to the consumers. On the plus side, it also provides the customers with an experience while building the products, which is widely known as the IKEA effect.

The Effect in a Nutshell.

The IKEA effect is a cognitive bias in which consumers place a disproportionately high value on products they partially created.

The success behind the IKEA effect is its influence on the customer's behaviours, as described in the following:

Although the DIY concept seems relatively modern, it has actually been around for more than a hundred years. Whilst DIY was exclusively adopted for home repairs and maintenance work, it eventually became popularised and expanded beyond the sole purpose of house improvements.

From a customised jar to building a treehouse, DIY has been widely used for recreational purposes, for the pleasure of self-achievement and the memories it can create from the 'making process'.

Creating and making things yourself also gives you a sense of pride and defines your personal style – it allows you to stand out from the crowd and decorate a home that is not like everyone else's.
- Helen Edwards

Whilst we can easily buy a piece of furniture from a store, the emotional aspect is what makes the IKEA effect successful. Humans are social and emotional beings, therefore we give more value to things that hold meanings and memories to us.

People overvalue the "fruits of their labor."

On that account, the IKEA effect creates a perception for the consumers that they are getting more than what they are paying for.

IKEA trades service for cost. In the customer's mind, IKEA is the champion for low priced furniture solutions. By outsourcing the assembly process to customers, it is not only cost-saving for IKEA but the customers are also satisfied from their self-build achievements, plus having the mindset that they have saved money by committing to their own labour.

Although consumers also save money from discounts like "Buy One, Get One Free" or a 50% off sale, it will not give them the same satisfied feelings that it would with IKEA. The difference is that IKEA offers a tangible result for the consumers through the laboured work, whereas a discount does not offer such dopamine fuelled satisfaction.

Naturally, people are likely to develop emotional attachment to their own work and creations. When that happens, we become biased towards our own opinions and can completely disregard other people's views. This can extend to localities and societies, as we place value on that developed by peers also.

Not invented here is the tendency to avoid using or buying products, research, standards, or knowledge from external origins.

Similarly, the IKEA effect can also lead to the NIH syndrome because of how highly the consumers perceive the result of their work. Although IKEA offers the same assembly instructions for their products, the customers can still think the outcome of their work is better than others even if the products are equally the same.

The reason we're discussing this effect, is the potential value it can have for modern day business. The IKEA effect is transferable for good reason, whether it's to create a sense of community, to cut costs, to increase brand value, or simply to offer a new experience that competitors don't.

As a HCD agency, we work for and with clients across a vast range of industries. We can produce brief-fulfilling work on our own, but the advantage of involving clients in the build of websites, content, products, and services, is that their heightened sense of achievement and ownership gives a perceived better final result.

When companies work with external partners, there can be a disconnect whereby the NIH syndrome kicks in, so keeping the IKEA effect in mind can strengthen any project- and keep working relations strong.