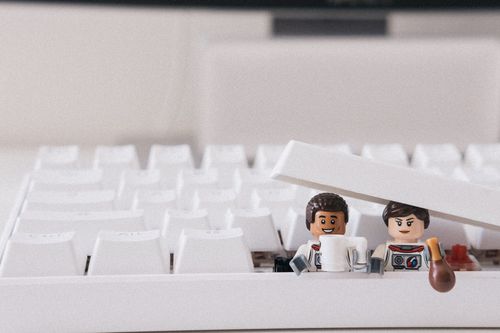 The Architect and the Gardener.

In 2019, The Lego Group reported over $8 Billion net profit. The (mainly) simple brick sets are sold globally, to all ages. Typically, a lego set comes with very specific instructions to create a structure or object, much like assembling a piece of furniture from their Swedish brethren over at IKEA. However, unlike IKEA, the beauty of Lego is arguably the freedom of creativity that each set provides.  The Lego Movie has fun with the two main styles of consumer: First is the very rigid instruction follower that recreates masterpieces and perhaps even glues their finished creation in place; Secondly, the 'master-builder' is the creative that purely sees the big pile of bricks as a blank canvas.  Both methods can lead to beautiful outcomes, and equal levels of enjoyment and satisfaction.

When it comes to writing, George R.R. Martin mused that there are two strands of authors. The 'Architects' would plot out their story, and work through planned key events to reach an end goal. In contrast, the 'Gardeners', would create dynamic characters and situations to grow their story naturally. This leaves the writer being unaware of what may happen in a few chapters time as they ponder natural progression*.

"The architects do blueprints before they drive the first nail. The gardeners just dig a hole and plant the seed, and see what comes up"
-George R.R. Martin

R.R. Martin identifies as a Gardener, as when writing his acclaimed books he would reflect on each character journey and decide how their previous choices would affect their current situation.  This led to a lot of suspense, tension and surprising outcomes - as each scene plays out with an air of unpredictability rather than a typical Hollywood structured plot. It was argued that R.R. Martins Game of Thrones 'garden' became overgrown as storylines became interwoven and too many variables potentially stunted his final book. The TV show directors took it upon themselves to write their own final two series, but via the 'Architect' style of writing - leading to a very disjointed storyline and upsetting a large portion of their fanbase. Simply put, they knew the end goal, and rushed to it in 13 episodes with very clear parameters of which characters needed protected for later scenes.

Adapting this concept to the business world.

We believe that these concepts are transferable across many industries as they can be considered as general thinking practices. That is, how you approach a particular task: building, writing, coding, designing or whatever it may be. An individual need not define themselves solely as an Architect thinker, as varied tasks will require varied approaches.

When it comes to creative projects there isn't a right or wrong approach regarding the rigid and the master-builder, or the architect and the gardener.

Firstly, when choosing a team you need to be aware of the strengths of each individual. Some people respond well to strict timelines, measurable goals and set instructions. As such, the 'Rigid Architect' approach would plot out their expected progress and have the supporting materials available to help them achieve carefully mapped out targets. In contrast, there are individuals that work creatively, reactively, and flourish from problem-solving. These team members would suit a 'Master-builder/ Gardener' management style, whereby you give them much looser guidelines and award them freedom to solve the problem as they see fit. In this case, the manager would check in frequently to offer support and evaluate the progress of the project, and help steer members in the directions that show most opportunity. One key consideration for 'Gardener' managers, is that you must find the areas that help team members grow the most; By connecting passion and talent, you'll get a productivity spike.

When adding to our team, we have an in-depth recruitment process. As a rule of thumb, we aim to have at least three discussion with prospect hires - rather than seeing these as 'interviews', we try to view it as more of a dynamic discussion to really learn about each candidate and figure out if they're likely to fit in well with Mäd. We accompany this with a test brief, usually structured around the strengths indicated by the candidates CV and conclusions from the initial discussions.

I.e. If a candidate is an experienced graphic designer, but indicates they have a passion to move into advertising and coding, we'd construct a problem/test brief that gives them freedom to showcase their skills whilst considering those unexplored areas of their interest. We'd be particularly interested as to how they'd approach new areas, as it would give indications of creative thinking or indeed careful research to fill their knowledge gaps. The result of the brief would give us a good understanding of not only what they know, and can do, but also their potential growth and how they'll adapt to new projects.

There would be solid indicators as to whether the candidate is more aligned as an Architect or a Gardner, and perhaps we could view these concepts as a spectrum. Depending on industry, there may be calls for a heavily weighted Architect or Gardener-thought ethos, however at Mäd we like to balance our thinking to ensure we have the right minds for whatever task may present itself.

If time is not an issue, then following an Architect structure usually makes sense. Dedicating time to structured market research, and meticulous project development, can lead you straight to your intended outcome.

In comparison, sometimes we will face an immediate problem and wish to solve it at speed. Thinking as a Gardener often adopts a 'start now, fix later' approach. As suggested as a productivity hack, it's stated that you can't improve a first draft until you commit to writing the first draft-no matter the quality of it.  We may start a project with a loose set of ideas, and develop them reactively to any issues we face along the way. By the end of the project, our end solution may look nothing like our initial proposal yet the brief is succinctly satisfied.

When risks are particularly high, or parameters are very constrained, the Architect mindset can reduce the chance of failure. Logically, this is due to a careful assessment of the project to plan out each step intelligently- there may even be occasions that market research finds that the project is not viable, or likely to succeed!

Similarly, we advocate for training your own mindset, both as an Architect and a Gardener; Having the flexibility to adopt the appropriate style to a particular project or task will be an invaluable asset.