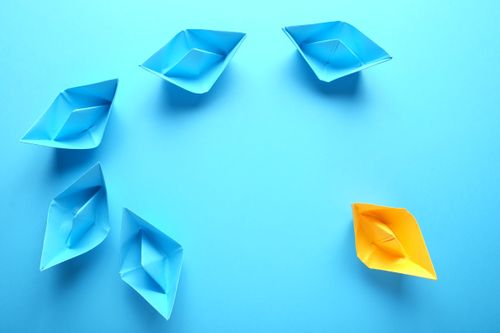 Spent resources need not be ultimate commitments. Knowing when to quit is a powerful leadership quality.

Fallacies rear their ugly heads in many situations throughout life.

The 'Sunk Cost' fallacy is yet another common pain point that plagues personal and business lives.

“The sunk cost effect is the general tendency for people to continue an endeavour, or continue consuming or pursuing an option, if they’ve invested time or money or some resource in it,”

“That effect becomes a fallacy if it’s pushing you to do things that are making you unhappy or worse off.”

This is extremely relatable, as many people see quitting as failing—and therefore will overcommit to bad decisions and try pouring more money and time into a project to fix the situation.

Knowing when to walk a way from a bad decision is skill. Being able to learn from mistakes is key, as undoubtedly everyone will make at least one bad decision on the path to great success.  We don't suggest shying away from risks, but simply that intelligent ongoing assessments should determine where the point-of-no-return may be.

Not all items of clothing will seem fashionable to us forever. We might buy a designer t-shirt for $200 one year, then in the future decide it isn't as cool as we originally thought. However, unlike all the other $15 t-shirts we happily throw out, we simply can't bear to ditch such as expensive item.

Our commitment to the t-shirt is that of a financial spend. We invested too much.

Likewise, buying expensive software can feel like a commitment. Even if the software appears unfit for function, buyers may persevere much longer than advisable with their poor solution—as a result of their sunk cost. Correcting decisions quicker, saves time, and eventually money.

In a long-term relationship whereby both partners are unhappy, the norm suggests working things through, to improve the relationship. Controversially, the Sunk Cost fallacy would suggest that people are often blind-sighted by the time investment they've given a partner, and actually the best choice to maximise happiness would be to part ways.

Furthermore, this could relate to hiring. The process of recruitment can be lengthy and expensive. After pouring time and money into HR functions, to scour candidates, interview, design and review briefs, potentially even roping in time from other team members for cross-checking decisions, and then drawing up the original contracts... the work can begin. However, the new team member needs time to adjust to the new company. They'll likely need training in new practises or software, and to learn team culture and various protocols.

After all the time spent on hiring, and probation, the manager could face a difficult decision if the employee hasn't performed as well as expected: End their contract, accepting defeat on the time and money invested, or continue with them with the hope of salvaging their original decisions. With so much talent on the market, it may make sense to start over, but the sunk cost fallacy commonly forces that 'salvage' mentality rather than a more positive 'excel' mentality.

Founding a brand, product, or service can be exciting. That 'million dollar moment' when an idea pops into someones head can give a founder tunnel vision, whereby they're convinced that their idea will undoubtedly succeed.

Unfortunately, not all ideas are good ideas. And not all good ideas are well timed, or well executed.

After pouring time and money into a project, there may be a point where it becomes obvious that the project is doomed. Due to the sunk cost fallacy, an owner or team may feel obliged to continue pushing forward, desperate to make it work.

Treat failures as learning curves; Be open to being wrong.

If you don't embrace failing, you're likely flounder far too long with a failure—desperate to turn it into a success. As outlined by this fallacy, more time and money doesn't equal automatic success.

Take a step back from a project and perform an objective audit on progress. The more data you can gather, and analyse, the better your decision making can become. It could be that too many new competitors have swamped the market, or that trends have simply moved on. Being able to know when to quit is a valuable leadership skill.

In Seth Godin's 'The Dip', curves are described between typical rewards versus efforts. It's argued that in 'The Dip' example, salvageable success will come when sticking a good project. Many people may experience initial joy and success from a new project, but then face challenges through growth or competition... however, by powering through and applying additional effort, rewards will grow.

When the sunk cost fallacy occurs, most people assume they're in a 'dip' situation, however it's more likely a cul-de-sac or cliff.

The cul-de-sac refers to situations whereby no matter how much effort is applied, results never seem to materialise.

The cliff refers to scenarios when there is a clear end-point in rewards. Success may be limited by audience size, or trends moving forward and leaving projects, products, services, and teams behind. A great example of this, was the minidisc player; By the time it had launched and gotten great reviews from the early adopters, technology had moved on and mp3 players had obliterated the chance for the minidisc to compete. If the teams producing minidisc machines and discs had continued with their work, they'd be sinking huge costs into a sinking ship.

For further insight on typical business fallacies, and how to avoid them, discover some of our previous insights: