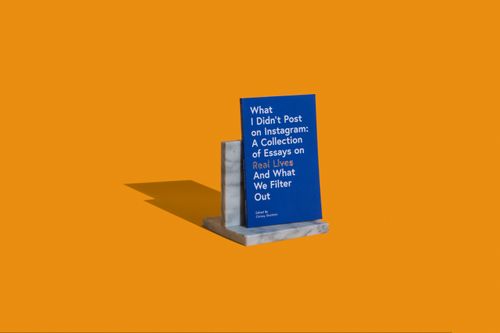 Your results come the way you train, the way you manage, and the way you direct your work. All these strategies form the phenomenon dubbed as Deep Work by Cal Newport, from his book by the same name. Deep work rules focus on multiple steps on how you can achieve your goals.

Deep Work is required to achieve actual results. However, it also requires focused attention to a level that is unattainable for the majority of the modern people. The culprit? Social Media.

Nowadays, it has become normal to have a social media account. This normalcy is alarming because it’s a big distraction to our daily lives. You can’t help but scroll daily and endlessly. The moment you open your eyes, you start scrolling to see what your friends, families, acquaintances, and even what total strangers are up to. Unfortunately, this could drain an hour of your time from your schedule.The excuse is always “I’m keeping in touch with my immediate and extended social circles”. However, the hard truth is it’s no more than a bad habit that we can’t shake off, an addiction we can’t quit.

When Social Media first launched, little had been discussed on the consequences of the novel digital network. While the positive aspects such as social connectedness received praise, the possibility that there could be negative aspects did not yet cross the collective consciousness. Fortunately, we are more aware than ever now about the looming danger of Social Media. Its effect on our brains are so devastating that it’s been grouped into the same category as drugs and alcohol. Like drugs and alcohol, it’s not easy to quit, despite knowing full well the dangers. In order to combat a phenomenon as ubiquitous as Social Media, we’re talking self-control and willpower.

Having seen the impact of social media on deep work, the obvious strategy is to quit it. The question is how. Newport identifies several approaches to quitting social media.

The meaning uncovered [by craftsmen] is due to the skill and appreciation inherent in craftsmanship - not the outcomes of their work. The same applies to knowledge work. You don’t need a rarified job; you need instead a rarified approach to your work.
- Cal Newport "Deep Work"

Whether you’re a writer, marketer, consultant, or lawyer: your work is craft, and if you hone your ability and apply it with respect and care, then like the skilled wheelwright you can generate meaning in the daily efforts of your professional life.
- Cal Newport "Deep Work"

Similarly, when quitting social media we can identify the core factors that determine benefits, guess, and happiness in your professional and personal life. Cal Newport suggests finding the core benefits of using social media and using the craftsman approach to select the only tool that you need. If it benefits you, then it wouldn’t be harmful to keep it.

Newport also suggests The Packing Party Approach inspired by Ryan Nicodemus—a film producer who once packed up his entire apartment and only began taking out only what he needed. In no time, he realized that the stuff he actually used made up of only a few things of his total possessions. The realization more than validated his decision to downsize and declutter. It seemed that simple! Applying this strategy to our social media habit could look like not using social media for 30 days and assess how we feel after this. The two important questions to ask yourself when you decided to quit are: 1. Would the last thirty days have been notably better if I had been able to use this service?’ 2. Did people care that I wasn’t using this service?

If the answer is ‘no’ to both questions after 30 days of being offline, quit. This is a great strategy for social detox that will immensely free up your time and attention to focus deeply on your tasks.

You can achieve valuable work when you decide to unplug from social media. Social media is a big distraction in everyday life. It can cause the ability to focus, and lose concentration. Deciding to unplug is not easy when you’re used to checking on other’s daily lives. These social network are developed through ‘What would make you come back for more? For example; Facebook invented the “Like” button so that you could spread positivity and joy.

However, the little hits of endorphins caused by sporadic positive notifications on our phones and computers has an addictive quality. We enjoy the boost, and constantly check back for more likes on content. There's a fear of missing out caused by not creating comment or engaging in busy virtual space filled with your peers, causing people to keep coming back... and also making it difficult to leave the platforms.

Cal Newport had proved that the common objections to quitting social media are nonsense. People often say that they can’t quit social media because it is the fundamental technology, a source of connection. However, this source of connection has significantly impacted their lives by making them lose focus on valuable work. Social media is engineered to hook you in and make it come back for more and more. Social media is also proven to be very harmful especially psychological. People often compare themselves to others since those platforms only portray happiness, and being successful, Hence, the psychological damage.

Once we quit social media, we’ll discover so much time for deep work. However, it’s not yet all sunshine and rainbows; As mentioned previously, the ability to stay off social media is hard work. It requires self-control and willpower.

However, even if we manage to stay off social media, that doesn’t mean the ability to focus and reach a state of deep work will come by default. Deep work is a highly trained skill. Practice is required.

The good news is that it’s achievable; Like any formed habits, consistency is key. When you begin to plan your days and weeks to populate it with deep work, the hunger to be on social media is curbed.

Know that the desire to be on social media often stems out of a place of boredom. Recognise that it’s normal for boredom to strike. And when boredom does strike, it simply means we need entertainment. As author Arnold Bennet once put it, there are different kinds of entertainment. Just because social media is one of them, doesn’t mean that it’s the only one.

Other forms of entertainment like reading a book are much more valuable than online networking. Once you’ve formed the habit, it becomes much easier to pick up a book instead of your phone.

It sounds like a lot of effort, one that requires both time and attention. However, it’s also a worthwhile effort as it holds the keys to unlocking great creativity and a sense of fulfilment. It’s not an unreasonable price to pay.