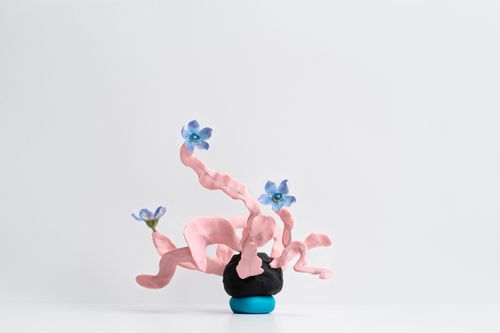 When UI meets Print, we get Neumorphism. An up and coming design trend that pushes the boundary of realism to the limit.

Neumorphism is a design concept that has been gaining traction in recent years.

Neumorphism originates from Skeumorphism—a design that first came to fruition in the 1980s and has left its mark since.

Albeit a little outdated, what makes Skeumorphism so successful is its integration of real life objects into the interface, which was necessary in familiarizing users to the functionality of each interface back when we first started to make the big move to digital. For example, the iconic 'bin' icon—it doesn't require a tech-savvy person to realize that this is the button to press in order to delete a file.

In an attempt to tone down Skeumorphism, enters Flat design, which eventually results in the rise of Neumorphism.

The Rise of Neumorphism.

Simply put, it's a sweet spot between Skeumorphism and Flat design. Although there are mixed feelings about this trend with some arguing that it's impractical when it comes to the UX and the development, the UI is undeniably refreshing, unlike anything in the past. In fairness, practicality is a hugely important aspect that sometimes requires a compromise on the UI. Because at the end of the day, if it's inaccessible or uncodable, there is little merits in the UI, no matter how strong the appeal. Therefore, it's understandable why some designers feel strongly against this.

However, for the sake of inspiration, let's explore a little more in-depth into why Neumorphism is so appealing.

The Appeal of Neumorphism.

Neumorphism is achieved through calibrating different shades of colors to create depth. What we get is a mix of embossed & debossed look that brings realism to a whole new level.

The above examples serve as a useful guideline that shows how Neumorphism is achieved. There is also a Neumorphism generator where you can easily calibrate the different shades and pixels and see the effects in real time.

Neumorphism pushes the boundary of realism to the limit. Its unique futuristic look serves to inspire creativity and adds excitement to the world of UI. However, as mentioned, usability and practicality plays a huge role in products. It's therefore important to realistic assess the feasibility.

As for now, there's no harm in letting our creative imagination soak up all the inspiration that Neumorphism has to offer.