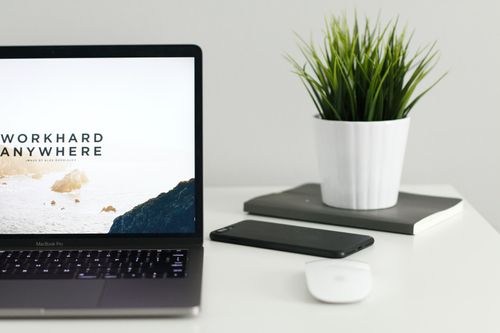 Realigning our thinking to an accountable mindset can help us progress. When we accept that growth is achievable through our own efforts, we spur ourselves on to develop. The main hurdle may indeed be breaking away from a restrictive 'Fixed Mindset'.

According to our analytic tools, the majority of people reading this insight are likely to be aged above 23, and as such may now feel mildly unachieved in comparison to these fascinating entrepreneurs. Case studies on the brilliant minds of our time often point to gifted thinking, wild ambitious and a deep intelligence that helps propel their success. It can be forgivable to develop a mindset that some talents are simply innate - but today we are musing the difference in Fixed Mindsets and Growth Mindsets.

Fixed Mindsets assume intelligence to be static. There's a general prejudice that an adult is of a measurable level of intelligence and that they'll, generally speaking, always be at that level. When examined, this thinking is clearly problematic and likely to come across as fairly ignorant, but then, why is it so common for people to judge others and even themselves with a Fixed Mindset? Assuming that someone else is 'not smart enough' may be problematic, but when you judge yourself as not clever enough, not ambitious enough, or not creative enough, then you are stunting any potential growth with a negative attitude and lack of faith in a 'Growth Mindset'.

Fixed Mindsets lead to a desire to look intelligent, as the assumption is others will be judging from a Fixed Mindset perspective too. This mindset would avoid challenges, give up in the face of problematic setbacks and consider expelling energy as potentially fruitless. While trying to appear intelligent, the Fixed Mindset would likely ignore useful feedback if it is at all critical or negative, and feel threatened by the success of others. As a result, this type of thinking leads to an early plateau of their potential. The Fixed Mindset can be described as a 'deterministic' view of the world.

Determinism is usually understood to preclude free will because it entails that humans cannot act otherwise than they do.

Meanwhile, the Growth Mindset believes that intelligence can be learned. This learns to a desire to improve, and therefore a tendency to embrace challenges and persist in the face of setbacks. Effort becomes a necessary path to mastery (practice makes perfect) and criticism a useful tool for improvement. The successes of others serve as inspiration, and lessons can be learnt from their case studies. As a result, an individual with a Growth Mindset is able to reach higher levels of achievement and develop their intelligence, giving them a greater sense of free will.

Estée Lauder, Ferdinand Porsche and Henri Nestlé made their names famous in their 50s. Gordon Bowker was 51 when he created Starbucks and IBM was launched by a 61 year old Charles Flint.

One 'life hack' of worthy mention, is to surround yourself by smarter peers. Adopting a growth mindset, and having positive intelligent influences will allow you to develop and prosper. It's forgivable to desire being the smartest in the room, as human's are creatures fueled by ego - but the 'big fish in a small pond' mentality leaves very little room for intellectual expansion and indeed may lead to your abilities plateauing.

So, ask for help, identify and admit weaknesses, read a new book, attempt something that's defeated and challenged you before, and study the great thinkers and success stories of your industry.