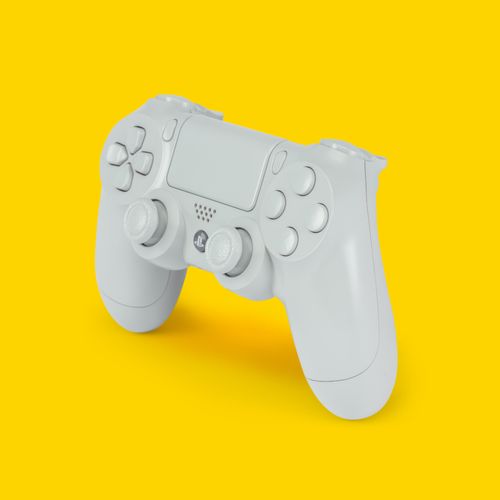 Due to the overwhelming mobile phone addiction culture, it's no surprise that businesses often turn to creating Apps to boost their brands, and sales. Gamification is one key area to inspire continued App usage.

There can be surprisingly little thought behind a typical App build, as marketing managers rush to join trends and be seen have 'cutting-edge' assets, but this can be extremely counterproductive.

The best mobile applications, have genuine worth for the end user, and moreso, they are built with intelligent decision-making to ensure powerful UX and UI throughout.

Do you need an App?

Firstly, businesses should always question whether a mobile application makes sense for their needs. There's a similar contrast here to calling unnecessary meetings when an e-mail would suffice.

If a potential client/user could get the same information of experience in an easier or more sensible way, then the process of finding, downloading and navigating through your application may actually be a burden. There are a few foundational questions that should be answered to ensure the App Build is a worthwhile project:

The third question in particular, is going to be key to this discussion on Gamification, and the advantageous practises of it.

Some Apps seem to exist for very limited usage, such as IQ or personality test applications: You download them, take the test once, get your results, and then either delete the application or let it lie dormant for extended periods of time- after all, the result shouldn't change if you've answered the questions honestly and to the best of your abilities.

With such single use applications, it can be a hassle to go through sourcing, downloading, installing and single usage - when perhaps a web-based platform would better serve the customer journey.

Gaming and gamification should not be confused, but it's obvious where the latter stems from. The basic principle is use the various elements of gaming to create an enjoyable structure to your application that replicates various gaming features.

Firstly, let's dive in to some key examples that can illustrate gamification features and thusly, the impact created.

The popular language-learning application covers an impressively large range of languages, allowing users to learn Spanish, French, Russian, or even fictional languages such as Klingon.

However, where many school teachers may have failed to create enthusiasm, this application manages to strive. By adding gamification components, it encourages regular usage and hooks users with a fun, competitive, 'gameplay' styled learning course.

Firstly, there's a simple feature whereby the application rewards users with points for regularly checking in and completing modules. This practice is effective as it helps to build a daily habit of usage, through rewarding the user with praise and unlockable content.

Next, Duolingo allows users to see progress made by friends, which tends to cause an element of competitiveness. A leaderboard is a really effective way to encourage regular usage, as it's a common behaviour trait to strive to be the best, or at least notably decent.

Finally, we'd be remiss not to mention the point system all to common in the gamification world. By rewarding small tasks with progress points, users are working towards tiny and easily achievable goals, to give them the constant hits of dopamine for completion(s).  Tasks can be graded by skill or difficulty, and rewarded accordingly. By offering lots of small rewards, users will get the enjoyment of additional content or fun features, but also become more likely to take on bigger targets and therefore use the application more.

In an unconventional, yet innovative fashion, Forest is an applications that actively encourages users to use their application to... not use any applications.

This application has the primary goal of improving our focus, by reducing the constant distractions generated by our mobile devices. In a way, it's battling all the growth hacking tactics employed by the big social media and digital players, to help us put down our devices and do what matters most.

There are only two industries that call their customers 'users': illegal drugs and software.
-Edward Tufte

However, it can be argued that Forest adopts gamification to reach their goals and to help encourage active application usage. The app works by setting time-out zones, whereby a tree will start to grow while you don't use your phone; If you leave the application early, your tree will die.

The reward, is not only a cutely displayed virtual forest to reflect on your periods of focus, but the team behind the application also then plant real trees. It's a powerful reward that appeals to our feelings of social responsibility and empathy.

To stay competitive against other similar apps, Forest has also introduced a personality test to discover the users focus type and ideal 'study buddy'. The fun of quizzes based on positive user results, creates discussion and encourages referrals as users are likely to want to compare their type to their peers.

As highlighted throughout the two examples, we can summarise three key features that are easily implementable and effective in your App Gamification strategy.

Keep users working towards achievable goals with trackable point tallies, and an array of unlock-able and redeemable rewards.

A popular strategy is to front load your reward scheme with extremely high initial payouts, to hook the user on achieving and advancing up tiers. Many apps may break points into levels, perhaps doubling the points needed to advance. Consider the following:

With the above scale, a typical app task (such as practising or testing their vocabulary in duolingo, or maintaining 25 minutes focus in Forest) may reward the user with 75 points. Therefore, very quickly the user will be able to climb up to level 4, and fairly easily reach level 5, unlocking a host of extra content and achievements en route.

As the user racks up time on the app, the rewards become more scarce. This if justified as often users correlate time and value, meaning if they've invested hours and hours to reach level 10, they're less likely to simply delete the app and lose such progress.

Maintaining an element of challenge, keeps the user intrigued and therefore more likely to remain active.

Aside from functional rewards such as power ups, extra content, additional aids, or such, simply utilising badges and achievements can prove useful.

Appeasing the human ego, users love being able to display a special badge indicating their successes (whilst often serving the later-mentioned competitiveness elements used within leaderboards, as users aim to have the best possible badge).

Adding achievements throughout the app functionality gives an additional sense of satisfaction and makes the user feel praised for their usage. An effective way to implement this is to add what percent of other users they've either surpassed or joined. I.e. 'Only 5% of users were able to reach this level' or 'You scored better than 70% of our App Users'.

No matter how humble and laid back we may think we are, psychologists prove time and time again how the underlying competitive nature of humans (and indeed societies) exists on a large scale.

This is extremely prevalent within the business world and capitalist societies, and therefore a common feature of every day life. Therefore, it takes very little for the gamification strategy of recording and encouraging competitiveness, to keep users engaging with mobile applications to rise above peers and global users.

However, leaderboards can have a negative effect if set up unfavourably. No one wants to be told they are in the bottom 2% of the world at a particular task, or game. This is why many applications create multiple cross-sectioned audiences to reposition users more attractively.

For example, the Nations League football league takes teams around an estimated similar skill level and pairs them against each other in micro-leagues of four. After all, if your country was 170th in the FIFA ranking, it'd be pretty soul destroying to play the top ten teams regularly.

Applying this to an App, you may group rankings in sets of 20, so that rather than telling the user they are 197'320 best at a task, you can say they're 7th out of 20 in the Copper League (with thousands of cleverly named leagues created to show progression and mirror the progress element of points).

We'd also note, that word of mouth is always a hugely powerful tool for marketing. If you can create an enjoyable experience that encourages users to invite friends and family to join the app and compete in their leaderboards, you can gain a hugely positive boost to your user experiences and overall customer journey.

What actions do you want your audience to take? Whether they are students, customers or employees - Can you think of any way of measuring and rewarding them for doing certain actions?

The old saying is true "whatever gets measured, improves".

Having decided that your brand/business needs (or would benefit from) an application, you should ensure you extensively consider the actions you want your audience to take.  In fact, the audience itself should be so carefully dissected, researched and planned, that you will be able to map out how users will likely expect the app to perform and how best to measure their usage of your creation.

Measurables will work two-fold, firstly to allow your team to continue making improvements and adjusting campaigns, but secondly to ensure that the gamification systems in place to encourage specific tasks can perform as expected (or be tweaked when necessary).

Even the act of creating a loyal scheme can be attributed as gamification, as an App/Business can acknowledge and reward customers for whatever businesses they want users to continue doing.

Perhaps there's an element of pavlovian conditioning to the whole process, and brands are looking for clever bells to ring to ensure we keep eating from their food bowls when they so wish.

Gamification may be a useful tool for applications, but it's also a great way to reframe learning. Mark Rober coins the 'Super Mario Effect' as a strategy to trick the brain into absorbing information more effectively.

Referring to the popular Nintendo game, Rober highlights that the focus is on the princess... not the pits. Simply put, we fixate on the positive end result rather than being too dissuaded by any pitfalls en route.

To summarise this in a more general way:

If you don’t see failing in a negative light, you are more apt to keep trying, see more success, and learn more.

Education systems have been widely criticised for taking the fun out of learning. Using the gamification model, we can reframe traditional learning as a more fun, interactive experience.