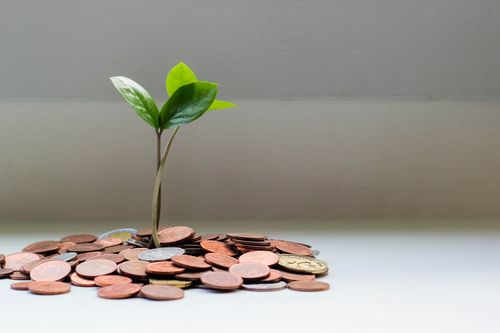 The Importance of Free Cash Flow.

Free Cash Flow (FCF) is one of the most important metrics that management should keep track of on a regular and consistent basis.

Free Cash Flow (FCF) is one of the most important metrics that management should keep track of on a regular and consistent basis.

A business that in FCF terms is positive, is almost always a healthy business on an accrual basis, but the reverse cannot be said because anything that an organization needs to do, it needs cash.

We noted in a previous article that one of the top mistakes made by startups is not understanding FCF and then running out of money even when they are showing a profit.

We can define FCF as the money left over after a company has met its operating and capital expenditure requirements.

The core difference between earnings or net income and FCF, is that FCF measures profitability in a way that excludes all non-cash expenses, such as depreciation, amortization, and employee share option plans,  that are usually found found in the income statement, but does include spending on assets, equipment, and any other  spending of a capital nature as well as any changes in working capital from the balance sheet.

When we advise our clients and help them launch their new businesses, products, or services, we often run what is called a FCF Profit and Loss Statement.

This differs from your typical Profit and Loss in that it does not care about anything except the real date of when a payment is made or received. So this report gives you a precise idea of how much money goes in and out of a business during a particular time frame, and it is extremely useful for new startups or divisions because it gives a real sense of how much money is being spent and earned.

This is extremely useful because while you may be in profit as per GAAP (Generally Accepted Accounting Principles) standards, this new product or business unit could still be sucking large amounts of cash flow away from your core business, and this is something that must be constantly reviewed.

You may wonder how it is possible that a business or product generates profit as measured by accrual methodologies but a produces loss on a FCF basis.

The answer is simple: Timing.

If you invoice a customer today but they will only pay you in 60 or 90 days, then your accrual profit and loss statement will show the income for this month, while your FCF statement will show it in two or three month's time, and so we can clearly see the issue. You unfortunately can't spend and invest an accrual profit, as it's not actually "real" in cash terms – the customer has yet to pay you.

In fact, there are a significant amount of ways to modify accrual profit and loss statements to make them look far rosier than they should, without venturing into actual fraudulent behaviour.

Free Cash Flow Is The Truth.

And this is the beautiful advantage of tracking FCF.

There is no opinion with FCF.  There are no multiple opinions or versions of the truth.

So, this is instantly something that everyone can get aligned on, and even better is that FCFs can actually be used in the business. If you are up on your FCF during a quarter, then this is real money that you can outlay in capital expenses, growing your operations, or marketing.

As mentioned earlier, the great thing about FCF is that it is difficult to "fudge" using "creative" accounting methods by a finance or management team that is more concerned about the business hitting key metrics than the real numbers that will make a long-term difference.

Often companies start to book revenue before cash has ever been paid by their customers. While this can be justified based on a sales contract, one has to be extremely careful with  this type of revenue booking, because even short delays in the payment dates can cause major operational and cash-flow problems.

Cash is king. It's the most fungible of all assets. The thing that has the most future possibilities because it can literally be turned into anything.  If you generate lots of it, then you have flexibility, and in turbulent times like this can be the most important thing.

Also easily hid with the profit and loss statement are the heavy capital expenditures required to bill customers a particular amount of money. For instance, in most textbooks the cost of production jumps around as you increase the number of widgets produced, but this is not how it works in real life.

Yes, the total cost of production per widget, on average, goes down. But the phrase "on average" is  extremely important, as this hides one fact:

Once your factory or production capabilities have reached their peak, it is normally extremely capital intensive to spin up a second production line.

This means that you will see a large increase in the cash required to expand operations, but because this is a capital expense, it will not show up in your typical profit and loss statement. This is why measuring FCF is important. It gives management a great planning tool, because it shows them strategies they can actually afford to implement versus what they would simply like to do.

Amazon is a famous example of a company that has placed tremendous importance on tracking and maximizing FCF per share vs all other metrics, to the point where it has grown into a $200B+ a year behemoth that barely registers 1% of annual net profit, and yet often invests over $10B of FCF into further revenue generating capital expenditures such as warehouses and server farms that will pay dividends in the future.

As a long-term strategy this can work very well, but it can also help in the short term, especially during times of crisis or emergency. Businesses and organizations that closely track FCF are better prepared and have the right tools to make the right choices –  which are sometimes the hard ones to make.

We strongly make the recommendation to all our clients that they start to track all their metrics in FCF terms in addition to the usual accrual metrics, as the difference or spread between the two can yield important insights into the performance of the organization. Thusly, helping you catch and fix business model issues that you would otherwise not be aware of.

More practically speaking, there are ways to actually track the free cash flow generations of key initiatives such as marketing campaigns, and you should hold your MarComms teams to this standard, especially for online advertising.

We hope that this article has highlighted in the importance of FCF tracking, especially during turbulent business cycles but also as a tool to enable long-term strategic planning.