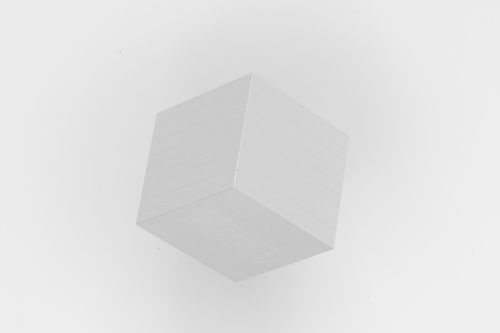 Upgrade business thinking to an 'Open Loop' process, and incorporate failures as an important betterment tool.

Some failures can be learned from, often they can be vital for self-development. However, certain failures are irreversible. When a series of planes crashed unexpectedly, there was no second chances for the crews and passengers aboard the Comet planes in the 1950s. These crashes prompted the creation of the 'black-box'. These almost indestructible boxes are placed in the cockpit and record all conversation and data from a flight - to ensure that any errors can be analyzed in depth.

“Only by redefining failure will we unleash progress, creativity, and resilience.” - Matthew Syed, Black Box Thinking.

The concept of 'black box thinking' is that to truly succeed, we must confront mistakes.  In the aviation world, the safety record has soared to new heights as mistakes are improved upon whereas in the medical world there are huge recurring mistakes leading to a higher death toll than traffic accidents.

As an individual, black box thinking is much more difficult to implement than it may appear. Our self-esteem and ego protect the image of oneself by deflecting flaws, blame and poor results. It may be easier to turn our attention away from a difficult problem than to solve it, and even more tempting to make excuses for a failing than to accept that perhaps we simply weren't good enough at any given task.
In "The art of the good life", Rolf Dobbeli imagines an individual buying stocks at $100 only for them to plummet to $10 years later. He muses that the individual would angrily blame the company, or live in hope of an unlikely sudden bounce back in value.

“When we are confronted with evidence that challenges our deeply held beliefs we are more likely to reframe the evidence than we are to alter our beliefs.”

By adapting a 'black box' approach, we would instead assess our mind frame when the decision was made, and analyze the variables that caused the unfortunate outcome. We would reflect on this 'radical thinking' and learn better decision making habits to avoid repeating such mistakes in the future.  Due to our bias of oneself, it's recommended that a trusted peer is called upon for honest criticism. Perhaps you're in a job too challenging for your skillset, or you're wasting energies towards an industry not matched to your personality.

Whilst it may be difficult to challenge personal beliefs, and failings, it's much simpler in the business world. Much like an aeroplane adding a physical black box to the cockpit, any business can instigate various steps to turn failures into learning opportunities.

“[Black Box Thinking] is about the willingness and tenacity to investigate the lessons that often exist when we fail, but which we rarely exploit. It is about creating systems and cultures that enable organizations to learn from errors, rather than being threatened by them.” - Matthew Syed

Whilst 'closed loop' thinking is based on assuming mistakes are 'one offs', 'open loop' thinking is the considered approach to honesty, and analysis over failures by utilizing the black box. Without needing to create a physical machine, adopt healthy organization practices that can be reviewed upon any unexpected mistakes.

Firstly, ensure that decision making follows a structured approach. Meetings should be minuted, proposals should have a hard or digital copy which can later be archived for referencing. Furthermore, once decisions are made ,an additional document noting all reasoning behind said route can be archived. This extra file will be a strong insight into the company mindset of the time and should the idea/decision lead to failure, a structured analysis can be drawn with comments added as to the flaw in the initial thinking.

This process of decision -> outcome -> analysis -> future strengthened decisions, is an example of the 'open loop' as information flows to the future with considered reference to the past.

Embrace the failures as a chance to better yourself. Any weakness discovered is a chance to strengthen, and as the business become better at black box thinking, you may find yourselves more able to predict-and avoid- potential failings.

The "Black Boxes" are deceptive, in that they are rarely black. Cockpits usually install bright coloured boxes, such as orange or yellow, to ensure they're easily discoverable. Likewise, the "Black Box" of your business shouldn't be a hidden feature, but one openly embraced and transparent through all operations.