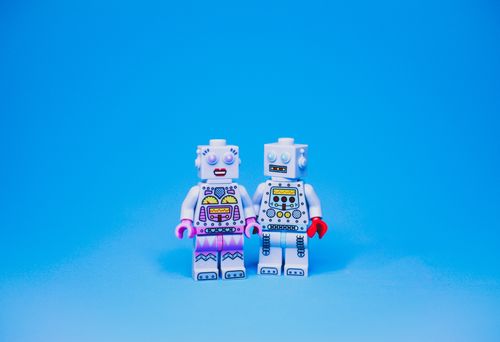 We tasked AI with writing a long-form insight on how bots can fit in with our content team.

Disclaimer: Much of what you will read in this insight is written by artificial intelligence. Probably as far as 60%. Our hypothesis is that it will be almost indistinguishable as to which was written by a human, and which content was crafted by our newest tech solution.

It is not a secret that humans are lazy. We like to take the easy way out, and it's often easier to do things ourselves instead of delegating tasks to other people. This is why artificial intelligence has become so popular- it allows businesses to save time by automating some of their work processes while also improving efficiency. In this insight, we'll explore how AI can be used for copywriting purposes and what you need to know about its advantages and disadvantages before implementing them in your business strategy.

So, what is artificial intelligence (AI)? In short: AI refers to the ability of a machine or program that performs tasks in an intelligent manner. The term "artificial" means made by man- not having a natural origin and it's often used when referring specifically to machines that simulate human behaviour such as speech recognition systems.  Artificial Intelligence can be divided into three types.

Whereby computers carry out simple routine jobs with no need for input from humans.

These work alongside people completing complex administrative activities like scheduling meetings but without taking any decisions themselves on behalf of more senior staff members.

Designed explicitly around customer needs, based on personal data collected through feedback channels both online and offline.

So, what are the obvious benefits of artificial intelligence?

Artificial Intelligence not only mimics human behaviour (which means it can take on our tasks) but it also learns from experience. It's easily capable to carry out simple administrative jobs like scheduling meetings, or organising content for social media channels. Ideally, such simple tasks do not need any input from humans...meaning saved time as well as saved money from hiring additional team members for such time-consuming tasks.

However, not all experts agree that AI can truly replace skilled team members because of some distinct disadvantages. For one, creativity still requires human input. We could guide a bot to write about a certain topic, or program it to create random styles of patterns that suit a programmable brief... yet there are limitations behind creating something truly original. All problems need a logical process to define solutions, and machine learning, therefore, becomes limited by a lack of imagination.

There are also brand guidelines to consider. The best AI software will surely adapt to various programmable instructions, but the liklihood is that brands may need to rethink or restructure their content strategies altogether if they want to lean on AI solutions. Will content written by a bot truly reflect the brand values, or will it awkwardly punctuate other outputs and feel disingenuous... Transparency is increasingly important in a business environment now dominated by social media communications—so how would your customers feel if they knew a robot was your mouthpiece?

Secondly, with AI able to perform complex tasks at speed with accuracy, there is an increased threat to job security. In the past, many factory workers became replaced overnight by machines—and now, those in creative positions are becoming increasingly uncomfortable at the risk of being usurped by a well-designed bot. No one wants to be made redundant, or find out their toiling path to becoming a master of their craft was unnecessary.

As an example, think of the previous generation of DJs that had to hunt through vinyls, pinpoint a section of a song, change the speed of the record, and mix the new track with whatever was currently playing. Now, a DJ simply clicks 'recommended tracks' to see corresponding music in the same key, and once they load the MP3 they can automatically have the beat-matched and mapped out in waveform to make the process as quick as 2 seconds from idea to execution. There are even options within DJ software to automatically mix tracks so that no human interaction is needed for hours, upon hours, of seamless music.

The reason this becomes problematic is that the growing dread of being deskilled or replaced can cause a lot of tension within teams. No one wants to feel easily replaceable or undervalued. With too much reliance on bots, team spirit can be broken, and bosses may find themselves too overwhelmed to operate and monitor so many AI outputs at once.

However, this does not mean AI should never replace humans because some experts argue for its ability to strengthen human skills and capabilities by expanding our cognitive capacity such as using brainwave technology.

For instance, if we use artificial intelligence alongside augmented reality technology then people will have more time on their hands due to automation making data entry easier - saving us from repetitive stress injury!

Furthermore, job security should not trump working smarter. If anything, extreme progress means new opportunities—so why fear change instead of embracing it? Those that champion new and exciting technologies find themselves at the forefront of such positive change, and being able to quickly adapt to new tools will help individuals grow at speed.

With the Mäd mindset strongly supporting adapting to such new technologies, we decided to take a deep dive into some potential areas that AI can improve our practices.

Firstly, we wanted to assess how Search Engine Optimisation (SEO) could be improved.  It is well-known that search engine algorithms are constantly changing, and AI can help to keep up with these changes.  In order for artificial intelligence programs or bots - such as Google’s RankBrain—to efficiently rank sites in SERPS (search engines), they need access to both the programming code of a website and also its content so it knows how each page relates uniquely both inside itself AND externally online. Then, it needs to monitor all this data on an ongoing basis. This currently means there is more work required from web developers than ever before. Traditionally, keywords could be placed into meta tags but this approach may be rendered obsolete as algorithms continue to change.  It is worth also considering, who would more likely tick every box in a search algorithm: A SEO professional trying to continuously evolve their practices with reflective learning? Or an AI bot programmed with the most up to date algorithms paired with machine learning to adapt to any changes?

Hours and days spent tweaking SEO suddenly became time gained for web developers to focus on other aspects of their projects, while the AI bots can do the heavy lifting to ensure their websites continue ranking well.

But what will this mean for the future of SEO? There used to be a sea of websites, and SEO Professionals would bolster client websites with crafted keywords and practises to ensure they had an almost unfair advantage over competitors. Then, SEO became so important that almost no business would consider launching a website without spending time crafting their ranking strategy. Now, having a bot is the new huge advantage to gain pole positions over competitors... but if AI continues to prove successful then won't everyone adopt these bots for their optimizations? What will happen when one hundred bots compete for the same keyword searches?

Undoubtedly there is a key advantage of quality and accuracy at speed. Yet, work without purpose fulfils no real benefit. There should be structure and organisation behind how AI is deployed. When creating an AI strategy there are a few things to consider.

First, there are different types of AI bots to utilise, depending on your needs and circumstances.

Machine Learning Bots use a variety of algorithms to learn about new content and data points as they go. These models can be updated with the latest trends in real-time so that they require little maintenance when it comes to updates—such as Google's algorithm changes.

Rule-Based Bots work by converting blocks into 'rule-based logic'. These bots can create rules determining what specific words mean depending upon context i.e. if person A is mentioned twice next word must start "the" then the robot would insert the correct preposition.

Knowing which bot will aid your goals is undoubtedly key to maximising the efficiency of AI. Think of it like flying an aeroplane in a straight line...depending on the original direction you face, you'll end up in drastically different locations over time—even if the original direction are just a few degrees different! And this truly is important for automation. We often find that making processes simpler might be front loaded with time consuming workshops to ideate and problem-solve complex issues...but whether they take one, two, or even three weeks...in the long run the amount of time saved by such brainstorming is invaluable.

We love technology. New, exciting software sparks our curiosity and intrigues us to audit existing processes in comparison with new opportunities. However, we can't always focus purely on the fun aspects of evolving processes and tools...there's often admin or even legal considerations to consider.

With AI, there can be confusion behind accountability.  Who is responsible for what? We may need to define who owns the copy and creative content that has been generated by artificial intelligence, or must be approved before publishing it to a website. There also may be a disconnect of responsibility, should AI content or output be scrutinised and found to breach legal standards or upset the general public on moral or political grounds—who is held accountable for any mistakes or faux pas? The assigned team member operating the bot, their direct editor/manager, the AI company, or the algorithms? And if the AI would take zero responsibility, does this imply that the technology is not yet ready to stand on its own two feet?

A lot of these questions will eventually need an answer as AI becomes more prevalent in marketing tools.

Note from the Editor: As we explore these AI opportunities further, we have to be aware of potential plagiarism issues that could appear as content bots become more popular. If the same bot is used by similar companies to write similar pieces, will we expect the output to be different enough to stand alone as our intellectual property? Or, will we simply need to accept that such bots are merely powerful writing assistants that should not detract from the creative potential that each of our writers possess.